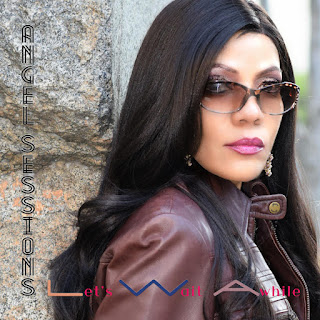 With the return of a single Angel has recorded, Angel is taking her fans on a journey, back when music from the 80s brought to us many great artists. These great artists from that era were Whitney Houston, Sade, Anita Baker, Gloria Estefan, and Janet Jackson to name a few. Since 2019 with the release of Angel's phenomenal hit album Joy which streamed millions across the mainstreaming platform, Angel is ready to give her fans a taste of another side of her style and talent.Angel quotes, "In my early career, I started out as an R&B recording artist writing many of my own songs and had the opportunity to release my first two R&B album worldwide on Ichiban Records and Volt Records. My fans today still buy my albums and have shared it on streaming platforms like YouTube, and I have also released in 2017 my album called I'm Who I Am, so they know I'm no stranger to R&B music. I did this remake and wanted to share it for my fans to enjoy and give credit to the amazing artist I listen to for many years and whom I love and adore as an artist, Janet Jackson."Many classic records are heard in today's movies, television and games introducing to the new generation, the songs of the decade. Let's Wait Awhile is that single remake released January 24th, 2020 on all streaming platforms and online digital store for download. The new song produced by Andre Rivers is more up-tempo than the original. It has a smooth, yet bigger sound, much like a song performed in a live concert.

This is truly a record that you will fall in love with from the start of the beat. Click the play button to listen to this all out masterpiece.

Posted by kareem williams at 11:26 AM